Search
You are here: Home 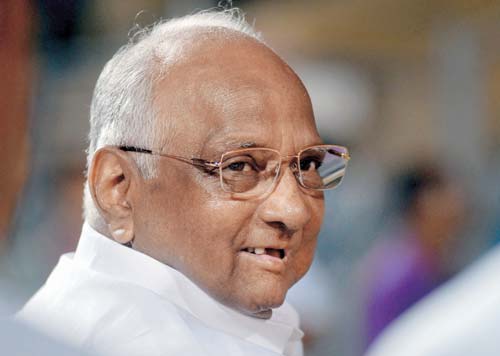 Sharad Chandra Govindrao Pawar (born 12 December 1940) is the president of the Nationalist Congress Party which he founded in 1999, after separating from the Indian National Congress. He has previously held the posts of Minister of Defence and Chief Minister of Maharashtra. Pawar currently serves as Minister of Agriculture, Government of India. Pawar is from the town of Baramati in the Pune district of Maharashtra. He leads the NCP delegation in the Lok Sabha, representing his constituency of Madha in Maharashtra.

He holds a position of prominence in national politics as well as the regional politics of Maharashtra, although marred by frequent allegations of corruption and criminal activity. Pawar also served as the Chairman of the Board of Control for Cricket in India from 2005 to 2008. In 2010, Sharad Pawar became the International Cricket Council president after England's David Morgan.